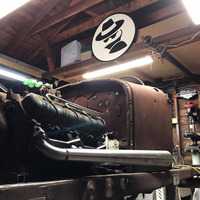 I've been into cars since I could first breath in the exhaust fumes from my parent's green 72 Dodge Coronet station wagon. Working in the auto industry has pretty much been my only dream and that's been true for about 30 years now.
I've had plenty of daily drivers and project cars over the years, but now keep my projects to a minimum. My current fleet consists of:

Best posts made by Autojunkie

Latest posts made by Autojunkie